The Art & Science of Cinema 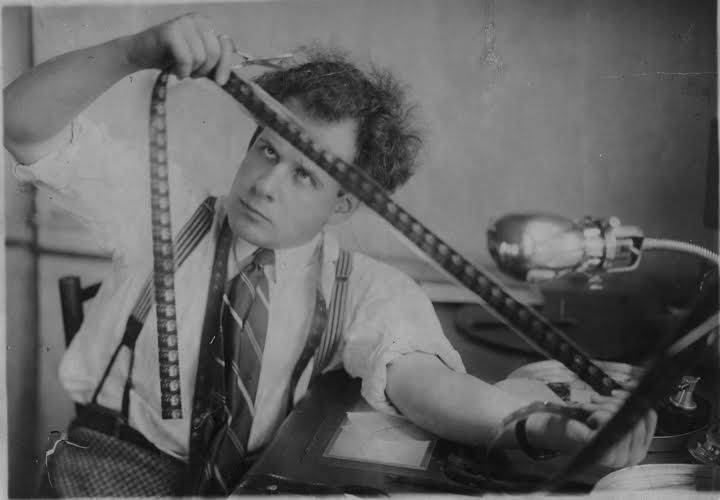 Born on Jan 23, 1898 in Riga, Latvia, Sergei Mikhaylovich Eisenstein was to become one of the most world-renowned filmmakers of the first half of the 20th century. Eisenstein was of Jewish descent through his paternal grandparents. His father worked in shipbuilding, until 1910, when the family moved to St. Petersburg, where his training as an architect and engineer had a great influence on his future filmmaking.

The architect in Eisenstein was inspired by Renaissance conceptions of space. He studied Leonardo da Vinci's work and was influenced by Freud's interpretation of da Vinci. Trying to bridge the gap in what he felt was the distorted space induced by technology, Eisenstein pushed the outer envelope of filmmaking. He attempted to understand how the sensations of the machine age could be incorporated in the grand style of the Renaissance and how the meaning of Marxist humanism might be traced back to the spirit of the Quattrocento.

Watching the insurgent crowds during the 1917 October revolution bearing down on the Winter Palace of the Tsars in St. Petersburg, Eisenstein foresaw his future. He enlisted in the Red Army and helped organize and construct defenses and, as his first step in his career, produce entertainment for the troops. Having decided that a military life was not for him, in 1920 he entered the Proletkult Theater (the Theater of the People) in Moscow as an assistant stage designer, where he quickly became a co-director. But in whatever he sought to do, Eisenstein never forgot his political agenda and was to become the most noted filmmaker of the communist regime.

Eisenstein's first film, the revolutionary "Strike," was produced in 1924, following the publishing of his first article on theories of editing in the review Lef, edited by the great poet, Mayakovsky. He proposed a new editing form, the "montage of attractions" -- in which arbitrarily chosen images, independent from the action, would be presented not in chronological sequence but in whatever way would create the maximum psychological impact.

Thus, the filmmaker should aim to establish in the consciousness of the spectators the elements that would lead them to the idea he wants to communicate. He should attempt to place them in the spiritual state or the psychological situation that would give birth to that idea. He theorized that cinema was a synthesis of art and science. These principles guided Eisenstein's entire career, and had a major impact on filmmakers to this day for its stark contrast to "American-style" narrative montage.

In "Strike", which recounts the repression of a strike by the soldiers of the tsar, Eisenstein juxtaposed shots of workers being mowed down by machine guns with shots of cattle being butchered in a slaughterhouse. The effect was striking, but the objective reality was falsified.

In 1925, in order to commemorate the Revolution of 1905, the Communist Party commissioned the renowned film "Potemkin" (also called " battleship Potemkin"). The film was made in the Black Sea port of Odessa. In 1958 it was voted the best film ever made, by an international poll of critics.

Eisenstein's next film was the two hour film, "October" or "Ten Days That Shook the World", dealing with the shifts of power between the 1917 February and October revolutions, Lenin's entering the scene and the struggle of the Bolsheviks with their opponents. Eisenstein sets his camera for the kind of unconventional angle that made him a great director. "Old and New"

After some other controversial works, like "Old and New" ("The General Line"), "Romance Sentimentale" and "Thunder over Mexico", Eisenstein was able to make a film recounting the medieval epic of "Alexander Nevsky", in accordance with Stalin's policy of glorifying Russian heroes. Made in 1938 the film represented the triumph of collectivism. With a score written by famed Russian composer Prokofiev, the film combined images and music into a single rhythmic unity.

Continually seeking to expand the filmmaking craft, Eisenstein drew upon his early interest in Japanese Kabuki theatre and Noh drama and their use of masks in his last film "Ivan the Terrible". During World War II, Eisenstein began work on this epic film about the 16th-century Tsar Ivan IV, whom Stalin admired. Before he could finish the third part of the film, Eisenstein died, a few days after his 50th birthday, on February 11, 1948. His political agendas may not have been fulfilled, but his revolutionary advances in film theory and montage will not be long forgotten.